The Plight of the Black Man

According to Democracynow.org, Marshawn McCarrell played a large role in the Black Lives Matter movement arranging protests in honor of slain teen Michael Brown and providing food to the needy communities. When McCarrell shot himself in Ohio on Feb. 8, 2016, it stunned everyone who knew him. McCarrell’s suicide prompted so many questions: “Why did he do it?”, “Why didn’t he talk to anyone?”, and “How long had he been dealing with these issues?”  Molly Shack, an organizer with the Ohio Student Association told The Columbus Star that she feels his great responsibilities as an activist was what caused his strife. 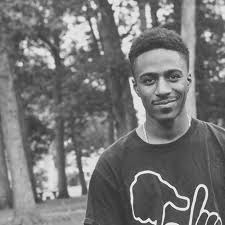 “We’ve been working so hard, and yet the conditions for the people in our community and the people that he loved and cared about are still so hard,” Shack said. “I have to imagine that that burden weighed a lot on him.”

There is a myth in the history of black people that black men do not and cannot feel inner pain. As a result, the mental health of black men falls under the radar because these perpetuated stigmas.

The Office of Minority Health reports that African Americans are 20 percent more likely to experience serious mental health problems compared to their other racial counterparts. In 2007 1,958 African Americans committed suicide in the United States. Out of this group, 82 percent were males and 1.7 percent were females. These statistics show that mental illness in the black community is a silent killer. Many times, it is overlooked and not seen as something that is required to be healthy.

Being a student a Florida A&M University and learning these statistics left me at a loss for words. Every day I walk past beautiful, strong and resilient black men on campus and it never occurred that they could be mentally struggling, like McCarrell had been. It is time that black men of all ages are taught to break the chains of mental illness and address the issues head-on.

At the FAMU office of counseling services, also known as “Sunshine Manor” students are allowed up to 12 free counseling sessions per semester. They also provide psychiatric consultation to students that are considering medication as an option. The counseling center also on-call services where the on-call counselor can conduct a phone assessment, determine what type of additional intervention is warranted and report the disposition to the police dispatcher or referring source. Sunshine Manor is a safe place for students to express issues that are often not discussed.

Suicide is never the answer and the crisis is always temporary. If you or someone you know is expressing depression, contemplating suicide or any other mental illness get help! If you or anybody you know is considering suicide please call FAMU Office of Counseling at 850-599-3145, FAMU Campus Safety 850-599-3256. You can also call the Teen Suicide Prevention Hotline on 614-294-3300 or the Lifeline national organization for suicide prevention on 1-800-273-8255.

Contribution by: Chazre A. Hill

Being Biracial in a Black and White World

The Commercialization of Juneteenth: Appreciated or Appropriated?

How The Black Identity Maneuvers Through Fashion